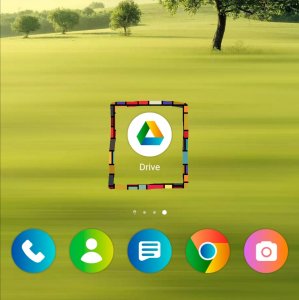 For most people today, their phones are an extension of their bodies. These phones have all the data a person could need from private chats to pictures, their favorite songs, lectures, and podcasts, from eBooks to important documents. However, all this data is critical and too heavy to be kept in a phone or a portable device. This leads to two basic problems; lack of phone storage and the threat of losing the data in case the mobile is lost or broken. The problems were solved by none other than our best friend, Google.
Google released an application or web-portal called Google Drive; also known as Drive, file storage and synchronization service. The bottom line function of Drive is to provide cloud storage to Google account holders for storing heavy and important data files to provide an extra storage facility with the benefit of having the facility of reaching it anytime anywhere.

• Device Comaptibility: Drive making sharing between devices like Iphones, ndriod and Computers, etc very easy as the applications are available on all the platforms.
• Offline Access: The Google Drive app for Android and Apple mobile devices allow offline viewig of files that you want.
• Sharing is Caring: The files can be shared with friends by selecting a shareable link that can be sent to friends. There is no limit for the number of shares. Another way to shareis by making a collaborating folder and adding the files in that. Theses folders and files can also be shared privately by not allowing non verified users.
• Extra storage: If you convert your files to Google Documents, Sheets or Slides; the storage is not counted in the 15 GB giving extra space to keep other files. The same can be done for the pictures bby uploading it on Google Photos.
• Backups: Local backups like the back up for device storage and WhatsApp can be is saved on Google Drive. It does not take the 15 Gb space and allows you to change phon much moreeasily.
• Accessibility to the Visually Impaired: Drive is easy to use for visually impaired persons with high contrast, improvedkeyboard accessibility, better compatibility with screen readers, and support for zooming.

1. Google Drive comes pre-installed in most android based phones, so a person who is not much aware of the technologies available can be benefitted by it.
2. The attachments in emails that are large are automatically uploaded on the Drive for easy downloading and saving.
3. Drive allows the user to either download the data or make it available offline as it is easy. This prevents unnecessary files in the galleries.
4. Drive provides separate storage space for routine backups like WhatsApp and Line.
5. Drive is the best option when you want to share stuff with your friends. Just upload it and add your friends in collaborations, and Voila, they have free access to it.

• The payment for the premium version of Drive is only available in US Dollars. This raises issues for international users as the exchange rates are unstable
• The premium version giving 30 terabytes does not allow files of more than 5 terabytes to be seen on the drive application
• The 15 GB in the free account is shared by the emails so for a person who gets heavy mails may face lack of storage space.
• As easy as sharing through drive is, it can be pretty unreliable at times as people make fake accounts and post links for downloadable files that are just adware.

Drive was launched on April 24, 2012 by Google with a website and an Andriod applicationonly. It was much later that applications for iOS, BlackBerry and Window Phones were released, now we even have aplications for Windows and MACbooks.  Currently it has more than a few billion users.
Tweet

Dislikes:
 Its very cool to have extra space to store stuff but Drive works mostly on internet and if you at a place with poor or no internet connection, you cannot access your files.
 Adding non Google accounts to collaborations and shared folders is not possible.
 Like most of the Google applications, Drive, too needs a lot of polishing.
Rated App Version: 4.2020.10201 Phone Used: HUAWEI - reviews Country: United States