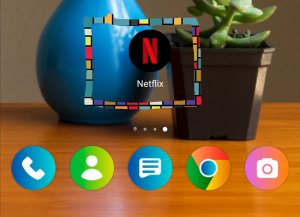 Netflix is a video streaming site that provides, produces and distributes movies, seasons, soaps and web series almost all over the world. Many producers directly upload their content on Netflix, while others upload one episode at a time. Original Netflix series like “The Stranger Things” is only streamed at Netflix. In present times, relaxing is taken as the synonym of the phrase ‘Netflix and Chill.’ This proves how important Netflix is considered in the lives of the people. An average of half a million people is streaming one thing or another on Netflix at all times making it one of the most widely used applications in the world.

• Simple Interface: The user interface of Netflix is simple and simply an app version of the website. The layout, usage, and video quality are all the same. There are some underlying features of the app, but most of them are basic features provided by Netflix Inc. to its users on all platforms.
• Multiple Users: Netflix allows a single account to have as many as 5 different users, based on the package purchased. So, one account can be used by different members of a family. Also, it can be open on different devices by one person.
• Parental Control: On subscription, you are asked what type of movies you want from kid-movies to adult-rated movies; the subscriber selects the rating and is only shown the movies of the specified category. Though later on, a parental password can be applied, if needed.
• List: By simply pressing the ‘plus’ add up to 500 titles in your smart list that automatically rearranges itself according to updates, titles expiry, and if a friend watched it. (in case your Facebook is connected to the account)
• Download Videos: As there are numerous points when our phones are out of signal reach; for such moments, Netflix app allows users to ‘download’ some of the videos of the infinite videos on the platform. The majority of these videos are Netflix Originals. The quality of these videos is also adjustable according to your data plan and storage availability.
• Limiting Data Use: With Netflix App, you can control the amount of data used per hour or as needed, you can also select an unlimited plan, all according to your data plan.
• Manage Downloads: Netflix apps let you select which devices (in which the account is open) will be allowed to download videos. The app also has the setting available for downloading only over Wi-Fi and not on your mobile data.
• Netflix has a hundred other features that are available on all its platforms but the above-mentioned are the major ones that are focused on the app of Netflix.

• Netflix has content from all over the world, so there is no need to search for alternative sites for the content of your country. One subscription gives you access to all good dramas and movies from almost everywhere in the world.
• The download options allow the users to watch on the go and save the costly mobile data. This is also helpful when in areas where net quality is bad, downloading priory saves the buffering time.
• Many seasons, especially the Netflix Originals, are uploaded at once so binge-watchers don’t have to wait for the next episode.

• The best part of Netflix is that it is Ad-free.
• A lot of content on Netflix is available according to the region of residence. The collection of movies available to US subscribers is extraordinary, while in regions like Pakistan it is moderate.
• Movies are uploaded after a long time of release. The wait time is very large; these movies are more than often available on other websites. Series that are not made under the Netflix Originals Productions are also uploaded after a long time.
• Other than for very famous shows, Netflix does not notify before deleting previously streaming shows and movies. You could be in the middle of a show.

Netflix Inc. started its business with renting out DVDs, and later, converted the business to streaming media in 2007. The app was launched in the last month of 2011 for Android phones; it wasn’t the complete app but a good start. iPhones and iPads were not blessed with the app in the second half of 2016. The active subscribers of Netflix are 150 Million but the number of downloads goes to a minimum of 1 Billion.
Tweet

Dislikes:
1. The app has stopped working at times on different phones.
2. Netflix has dropped HD display support to several Android phones.
3. It can be costly depending on your region.
Rated App Version: 12.24.0 Phone Used: HUAWEI - reviews Country: United States