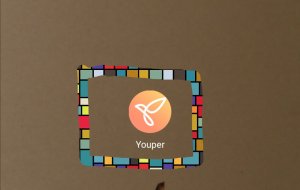 Youper - Q&A
Submitted By: App Reviewer
Seller: YOUPER, INC. (...) Category: Health & Fitness Reviewed Version: 8.00.000
Download: iOS Android
Other Similar Apps:
Price: Paid Options
The Emotional health tracking app is free-to-download software with a large number of functions available to the public. However, for taking full advantage of almost all of these services, a paid subscription is necessary. The standard pack allows 5 complete features while the paid version has an additional 7 features. These include:
• Advanced conversations with the AI
• Symptoms monitoring
• Cognitive Behavioral Therapy techniques
• Mindfulness and mediation
• Problem-solving
• Goals
• Gratitude
A subscription is a yearlong contract that will automatically rebind if the option isn’t ticked off at least 20 minutes before the contract ending time.

In the fast track life, everyone always wants to put a perfect picture of them, but the effort only ends up ruining their own mental health. According to research people suffering from depression, anxiety, or other such illness has been increased by a large percentage in the last few years. They are curable but curing an illness is still considered an imperfection, however senseless it is to suggest that.
Also, in the busy routine people have made for themselves, looking for a good doctor is never an easy task. To help everyone with an easy solution, Youper Inc. came up with an app called Youper - Emotional Health. It acts as a psychologist inside your phone that you can just talk to at any time or place.

• Conversations: Youper provides an AI that lets the user have good, short, meaningful conversations. With preset answers so the user would not be discouraged by the anxiety or pressure writing a long paragraph. The answers are simple but slightly advanced versions of yes and no; like “I’d like to try that” Or “Later”.
• Mood tracker: While many apps in the market offer mood tracking, only the best ones offer a detailed analysis, but only Youper mood tracker allows the user to not only understand how they are feeling but also rate the feeling from 0% to 100% and asks what could be the contributing factors for that.
• Printable Results: This emotion analyzing app allows the results from each conversation, symptom test, and the process to be printed. This is helpful if the use of Youper has convinced you to consult a specialist.
• Better Sleep: The app helps the user of premium subscription, to listen to calming music that according to a team of doctors, specialist, and engineers have selected to help you fall asleep quickly and peacefully.
• Personality Test: Using a set of particular questions, Youper creates a personalized DNA model of our personality. This can help us understand ourselves on a better level.
• Backed Up Data: The emotion tracking app also tracks and uses your data from a previously used app by restoring backed up data from the Google or Apple Integrations.

• The best part of Youper AI Chatbot is that it is an all-time companion for its users. The app is always active and ready to help at the touch of your finger. It encourages visiting the specialist but does a good work of replacing it when necessary,
• The theme colors used are very calm and soothing so the users are happy by seeing the colors. The use of the wrong color could work as a trigger in some cases.
• The meditation exercise is personalized by the AI Operated Youper for every user.
• All conversations are saved as a journal so they can be reviewed later. According to a study, the times of selecting a negative emotion decreased for 80% of the users.

• The free version of the app is only good enough to act as a diagnostic. The healing process needs features that require payment from the user. The subscription fee could be low but not everyone wants to pay for using an app.
• Once an answer is provided, on the question-based diagnosing app, it is impossible to change it. At times there is a need to change some answers.

Youper – Emotional Health has been downloaded by millions of people all over the world since its release on January 2, 2016. The app is said to be one of the first in its kind, in a lot of others coming in. It is a great example of merging technology, often the reason for stress, anxiety, and depression, and emotional wellbeing.
Tweet