Advertisements
A A A

According to an article, it appears that Chinese officials are blocking access to Gmail from Chinese internet infrastructure. A change like this definitely reduces access to outside services that people in china are already restricted from, and it also means that tourists or those on business may not be able to check their email while abroad.

The following users say thank you to Cellnut for this useful post:

It looks like China is against all Google services, at first, they closed the search engine Google and now they banned Gmail services.

I’m a big fan of Gmail, I can’t remember the last time I used the Hotmail. 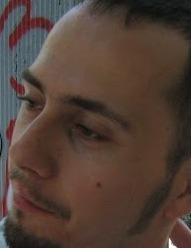 It doesn`t surprise me at all

As far as I remember the first one to be banned was Facebook, because the local social network felt competed (which is normal in a democracy), being highlighted as offensive

Google Seach has the same sin, as there is a local search engine, copying Google to a 90% degree, since even the name reminds of Google. In order not to disturb the national creation, this one has to disappear too

If international authorities were more determined, they would sanction China, but there is an obvious obedience, since it`s an emerging economical power, supplying Europe, North America, as the majority of Asia